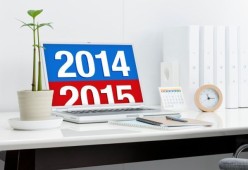 From the design to the final result, a packed 2014 for Pieffe Disegni

Summarising 12 months with a single adjective may seem an impossible challenge, or at least more difficult than drawing up industrial designs: so many moments experienced, so many jobs completed, so many changes …

It is precisely for this reason that, if you want to condense Pieffe Disegni’s 2014 into a single word, you could say that, without a doubt, it has been a “packed” year.

Packed with commitment, to begin with: engineering design requires scrupulous care that is refined by experience, and the ability to predict the unexpected circumstances a machine might encounter once installed (so that you can quickly and easily remedy the situation) is the “extra” quality of any winning project.

Attentive to every detail, the Pieffe Disegni studio will be operational even during the weeks of the holiday season to ensure constant support for every client and guarantee that delivery times for industrial projects still in the pipeline are met.

But 2014 for Pieffe Disegni was also a year packed with confirmations: major investments have been made in tools, with the purchase of licenses for the most innovative industrial design software (such as Pro Engineer), but especially in people, with the hiring of mechanical engineer Nicholas Peruzzi at the end of the positive six-month internship experience.

The Pieffe Disegni team now consists of six people, who contribute to the implementation of projects by bringing their own specific expertise; the studio also avails itself of the collaboration of two external freelancers in order to cope with peak workloads and guarantee punctual responses to all clients at all times.

Indeed, because 2014 was also a year packed with results: leading companies have chosen to entrust their most sensitive and strategic projects to Pieffe Disegni, which ended the year with an increase in turnover of 25%; a sign of hope and confidence in a period that is still difficult for the industrial sector.

2015, then, promises to be just as packed, but this time with new things: new investments, new strategies, and – of course – new designs, so we can continue to be a company at the forefront of the field.

Merry Christmas and a Happy New Year from the Pieffe Disegni team.